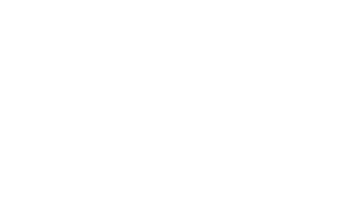 Combining 30s and 40s swinging sounds with a pop music approach, The Sweet Simones’ first record “Pocket Moon” is in line with similar swing projects by Robbie Williams, Brian Setzer and Postmodern Jukebox. The Munich-based band feels clearly committed to the energetic neo swing attitude of The Royal Crown Revue and The Cherrie Poppin’ Daddies and explores the genre from hot swing tunes in a pop song format to fragile jazz ballades in a very entertaining and danceable fashion.

“One vocalist as front man, 4 horns as mini big band combined with a modern rhythm group turned out to be the ideal format. This size still perfectly allows the musicians to appear and interact as a band unit while providing me with amazing possibilities to realize my songs and arrangements in the characteristic swing style,” explains bandleader and pianist Aljoscha. On his way for coffee, singer Franz spotted Aljoscha’s advert and soon after the two swing fans started a duo that attracted more and more musicians from Munich’s big band scene until The Sweet Simones reached the current 9-piece outfit in early 2016. Recorded at Realistic Sound Studio (Munich) and mastered by Klaus Scheuermann (Berlin), on “Pocket Moon” the band sounds impressively tight and focused. Instead of artificially conjuring scratchy vintage aesthetics, the sound convinces as a modern swing version with pop, revealing both punch and finely nuanced moods.

Always under the sign of swing, the 10 original compositions offer catchy chorus lines along with relaxed jazz tunes that could have been written by Cole Porter’s self-deprecating brother. The dark and morbid ballade ‘Music Box’ makes rain-pebbled windows in a film noir appear like a field of spring flowers. Love, isolation, identity and other urban everyday life stories characterize the lyrics. For example the title song ‘Pocket Moon’ deals with the influence that our perception can have when a relationship gets stuck.

“In ‘Music Box’, I tried to express how a feeling becomes subconsciously a driving, autonomous element that steers our mind and behavior. For me, it’s a David Lynch movie concept in a song.” says Aljoscha. In his music, the songwriter also wants to celebrate the swing genre and era: “I wanted to create a group of gangsters and their iconic world as in old black and white movies. That’s why the song ‘The Chili Boys’ sounds like police sirens, shady backyards and fire escapes.” This and other up-tempo songs generate incredible energy and the singer’s past experience in Rock & Roll is a perfect match for the clever-kicking horn arrangements and a rhythm group that is in everything but a mood for easy-listening jazz. The ballade ‘Birds Don’t Know Why They Fly’ is of delicate beauty while ‘Song For A Roadtrip’ comes with a heavy-marching blues feel.

“Pocket Moon” fascinates by its unique combination of driving energy with the expression spectrum and complexity of jazz and a catchy pop attitude. That’s how exciting swing music can be in 2017!